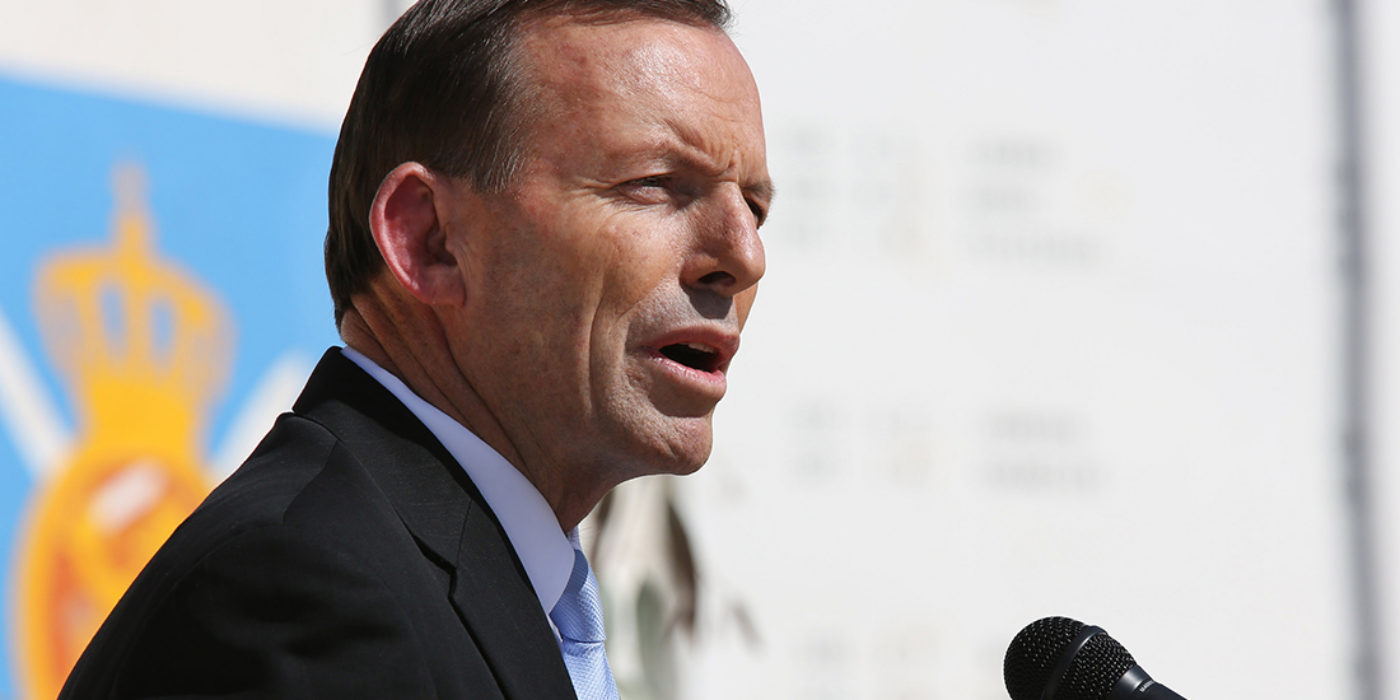 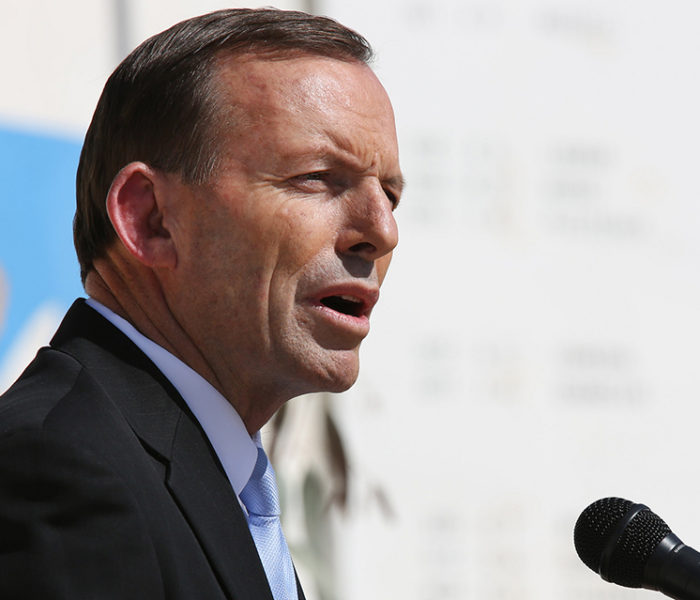 By Brian McNair
Former prime minister Tony Abbott’s weekend column in The Australian was a good example of professional politicians intervening in the public debate through guest punditry.

Abbott has a journalistic background, and is good at it. But the phenomenon of the pollie-pundit seems to be on the increase across the political spectrum, raising concerns in some quarters.

Should newspapers be running such articles if all they do is toe the party line, and politicians have a large public platform already? Can they change the national conversation?

Abbott, of course, did not toe the Coalition line in his weekend piece, but challenged his successor to be more agile in the face of Donald Trump’s imminent presidency. Here was Abbott giving Malcolm Turnbull the benefit of his experience, and signalling his continuing dissent from the way Turnbull is running his government.

It’s high time for people everywhere to stop lamenting [Trump’s] rise and to start responding to it. If he does what he has said he would, and we have to assume he’ll try, economic policy here in Australia will need to respond fast. It will be a good opportunity for the government not just to talk about agility but actually to be agile.

We all know Abbott still hurts over his premature removal from office, and likes to stick it to Turnbull when he can. But the use of the press to highlight policy differences between a past and present prime minister, or a former cabinet minister and the current team, is a commonplace feature of political communication – and for good reason.

The Australian claims 467,000 daily readers, and is thus a key platform in this country for politicians who, unconstrained by collective responsibility, seek to intervene in public debate for whatever reason. Former Labor figures such as Paul Keating are also regular guests in the media, more often than not taking potshots at current ALP policy as much as criticising the Coalition.

And by featuring in The Australian or some other leading press outlet – or, indeed, appearing on Sky News – a politician no longer in government can still set the agenda, at least for a day or two.

Journalists love narratives of political division, backstabbing and personal enmity, so an intervention such as Abbott’s will feed that cycle and generate lots of coverage of “Turnbull’s leadership crisis” or “Abbott’s revenge” by journalistic pundits in search of a story.

This is not new, nor is it surprising. All over the world great newspapers of record have always been a platform for politicians to communicate both to the public, and to their own party insiders. Media organisations like them because they can claim, as The Australian did at the weekend, an “exclusive”.

Readers, as a forthcoming QUT study* has recently found, like opinion in their news media, when it is articulate and clear, including when it comes from a professional politician, and even if they disagree with the sentiments expressed.

There is an interesting history of newspapers recruiting outsider politicians, such as when The Sun in the UK employed left-wing Labour MP and ex-London mayor Ken Livingstone as a columnist. The Murdoch-owned Sun had spent decades dissing the “hard left” in London, but welcomed “Red Ken” as a pundit because he said things that were controversial and challenging, in a direct and candid manner.

Livingstone was a controversialist in the same way as Andrew Bolt or Alan Jones, paid to rock the mainstream, consensual boat. News Corporation was happy to embrace Ken’s radicalism in that context, because Sun readers enjoyed his columns.

Opinion journalism has been on the rise throughout the journalistic media for many years. This reflects both the competitive squeeze on editorial resources for investigative and other more costly forms of reportage, and the proven appeal of the commentary format.

The pages of the press, print and now online, have been the main venue for such content, and politicians have been part of that growth alongside other categories of expert – we academics, indeed, are often called upon to comment on topics where we are deemed to have expertise.

For politicians, however, especially those no longer in government, punditry is a political act, a way to exert influence on the public debate, and to fight internal party battles.

The professional-political op-ed in the press is now increasingly superseded by the use of social media. Most politicians now have Twitter or Facebook accounts, which they use to engage in public debate.

Trump is the acknowledged master of this new mode of political communication, tweeting his way to the White House and largely bypassing the mainstream media – that “failing pile of garbage”, as he described Buzzfeed last week.

I’ve got 46 million people right now including Facebook, Twitter and ya know, Instagram, so I’d rather just let that build up and just keep it @realDonaldTrump, it’s working – and the tweeting, I thought I’d do less of it, but I’m covered so dishonestly by the press – so dishonestly – that I can put out Twitter – and it’s not 140, it’s now 280 – I can go bing bing bing … and they put it on and as soon as I tweet it out – this morning on television, Fox – “Donald Trump, we have breaking news”.

Observing his success, more politicians in Australia can be expected to communicate through social media as this parliament proceeds, and to cultivate the white rage manipulated so skillfully by the Trump campaign.

The coming Queensland election will be the first test of the new style of political communication, as One Nation in particular seek to do a Trump and “tell it like it is” while bypassing established media channels. Time will tell if it can break through in the polls.

Political press punditry of the traditional type will not go away, however, and nor should it. Whether one agrees or disagrees with the arguments of a particular politician, their experience and expertise gives them the right to make a contribution to the public sphere, clearly flagged as opinion rather than policy.

It is the mark of a healthily diverse media that politicians of all persuasions, not just those who echo the views of the proprietor, should be given a platform to express their views in our key media of record.

*Brian McNair is principal investigator on a just-completed ARC-funded study of Politics, Media and Democracy in Australia (forthcoming on Routledge, 2017, with Terry Flew, Stephen Harrington and Adam Swift). 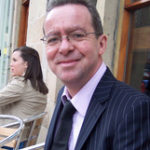 Professor Brian McNair is an academic researcher and media commentator. He writes on a wide range of topics including journalism, political communication, popular culture and mediated sexuality. His most recent books are Communication and Political Crisis (Peter Lang, 2016), Porno? Chic! (Routledge, 2013), Journalists In Film (Edinburgh University Press, 2010) and An Introduction To Political Communication (6th edition, Routledge, 2017). He is a regular contributor to press, online and broadcast media in Australia and overseas, including ABC News 24, Sky News, BBC World, and many other news outlets. His books have been translated into eighteen languages, including Russian, Japanese, Korean, Mandarin, Spanish, Greek, Polish, Persian, Bahasa, Romanian, Czech and Albanian. 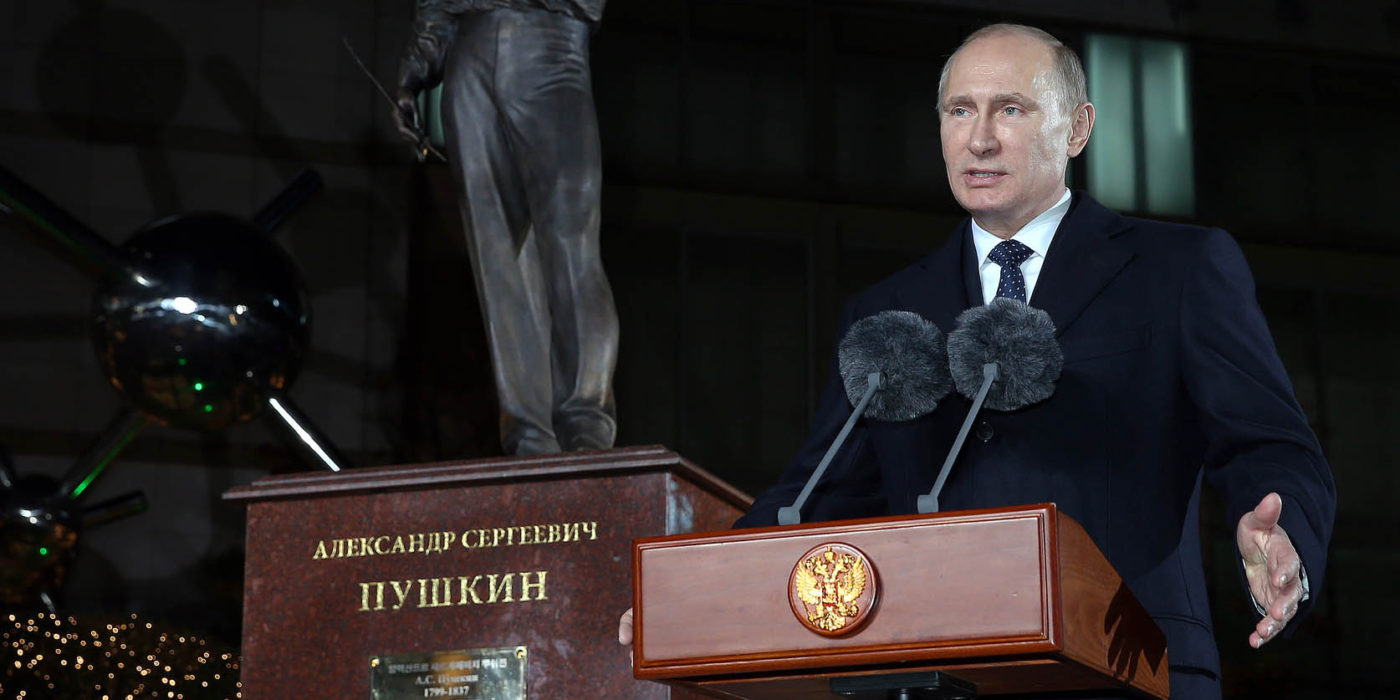 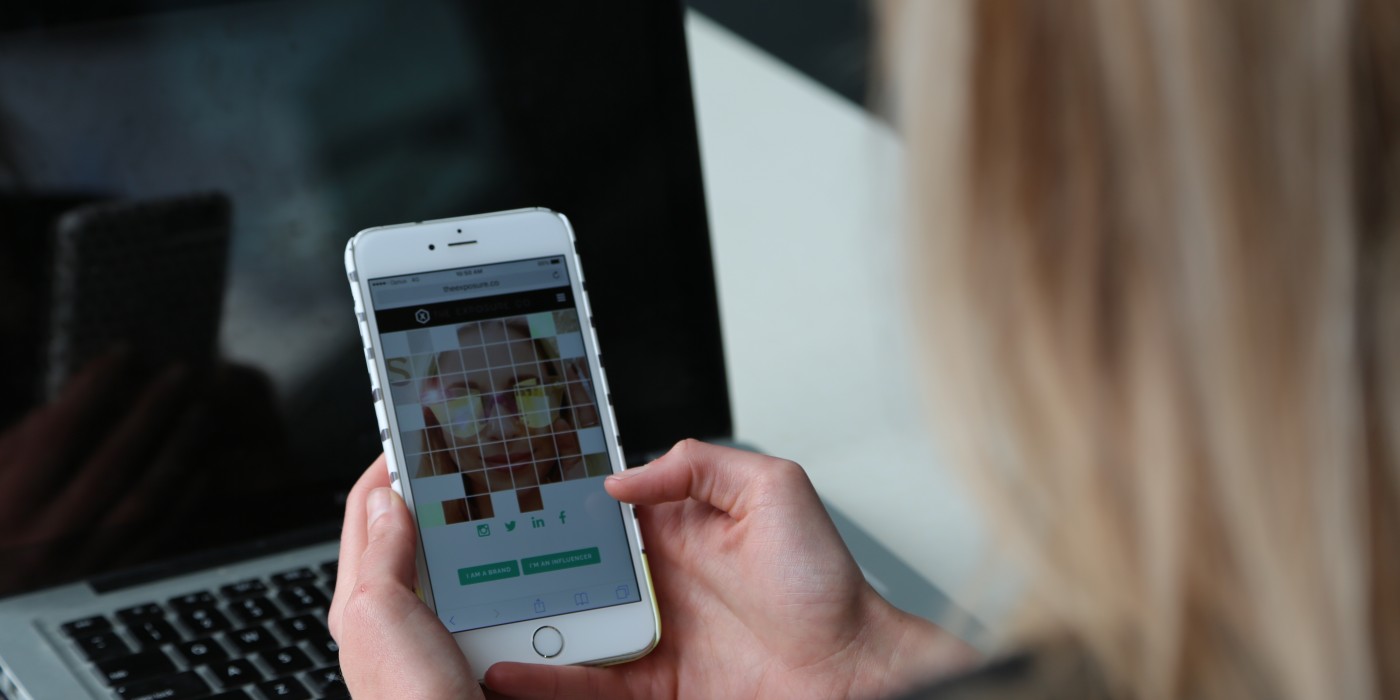 It’s a phenomenon of our generation to see everyday, normal, non-celebrities made famous through their social media identities. There’s usually a quality about them that drives their ‘Instafame’ – maybe they own a very cute French bulldog, they have an interest in yoga or they just lead a jet-setting life – and that helps them rack up their followers. Once they hit the 5000 follower mark they can be considered an influencer and start attracting the interest of marketers.