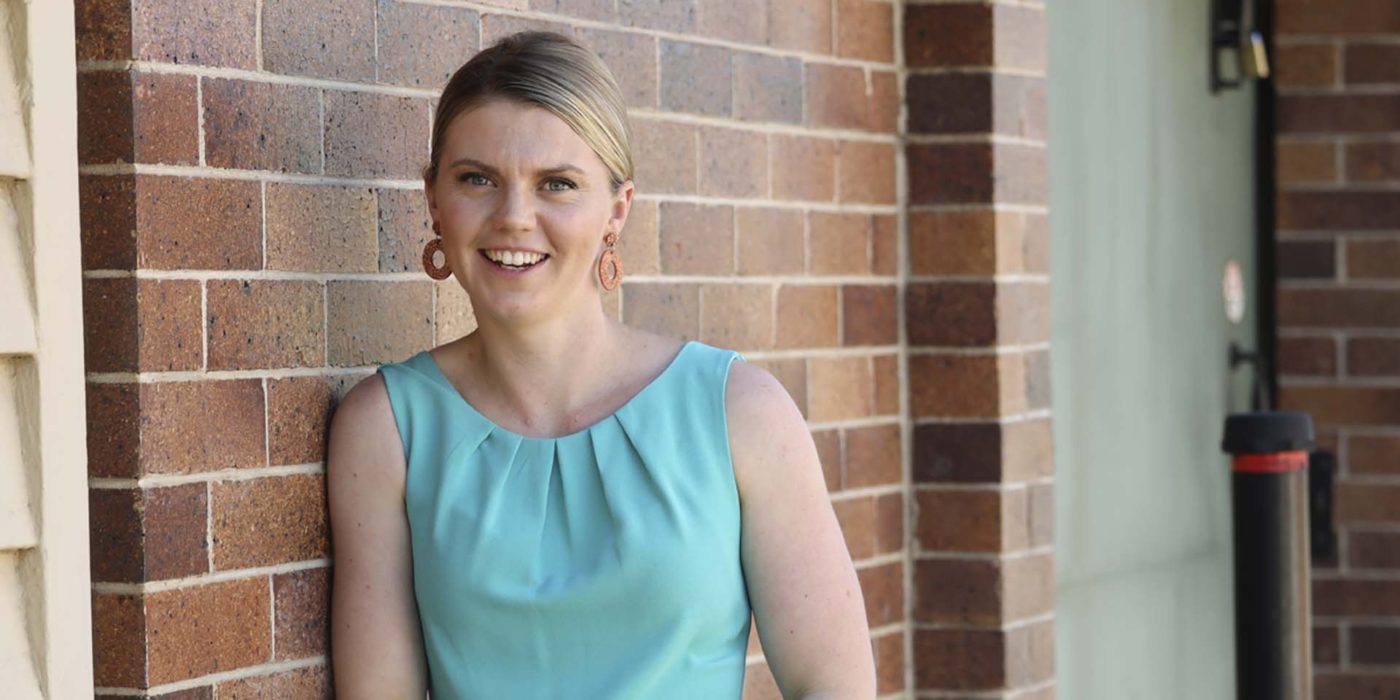 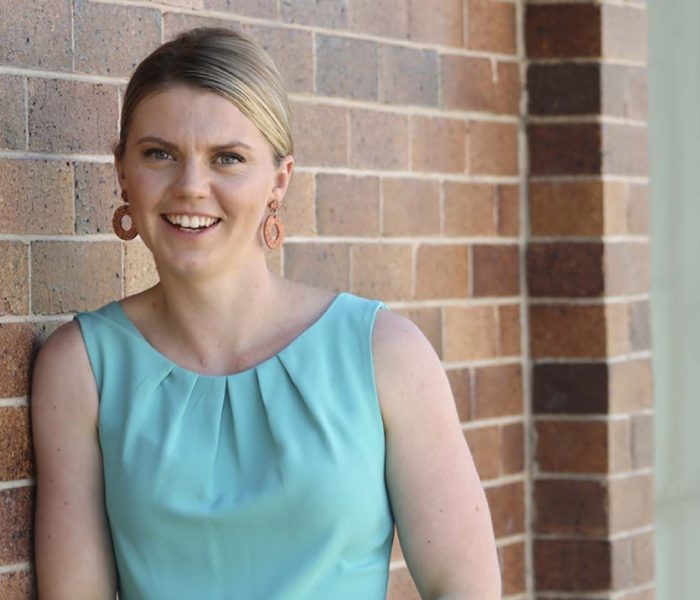 The already crowded collection of awards on the desk of ABC Southern Queensland journalist Elly Bradfield will soon receive an impressive new addition.

Beside a photo frame with the word ‘Mum’ are three Walkley Young Journalist of the Year awards, two Clarion awards, and a certificate from her time as a CNN journalism fellow. These will soon be joined by a national commendation, the Caroline Jones Women in Media Young Journalist’s Award, recognising Bradfield’s outstanding work as an up-and-coming regional reporter.

The QUT Bachelor of Journalism graduate (class of 2011) won the award in October 2020 for her reporting of alleged illegal mining, a drought-stricken town, and childbirth trauma in regional Queensland.

She is the fourth recipient of the honour, which is named for Caroline Jones AO, a journalist who joined the ABC in 1963 and shattered the glass ceiling by becoming This Day Tonight’s first woman reporter. 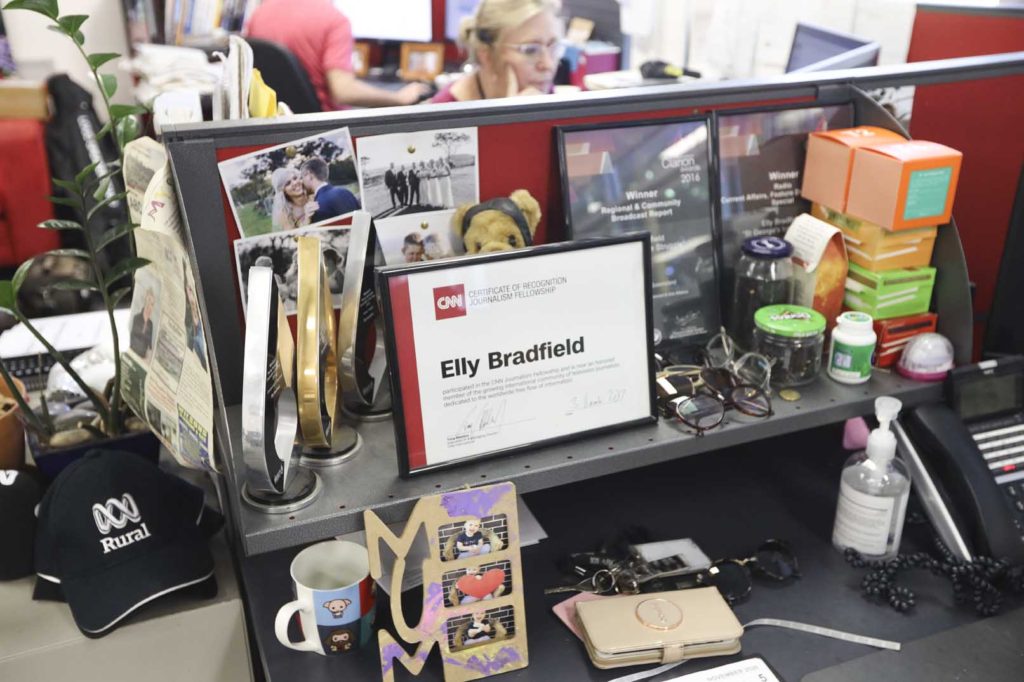 Bradfield lives on a farm south of Gatton with her husband and daughter and works at the ABC’s Toowoomba office along with 13 others. She credits her success to her upbringing, curiosity, mentors, and personal drive.

“We’re all humans and connecting to other people is what makes a good story.”

From rural roots to Brisbane and beyond

Bradfield grew up in St George, a rural town about 500 kilometres west of Brisbane with a population of around 3,000.

“Living there probably set me up for this job, I think, because in a town like that, you’re exposed to all different kinds of people so I think that helps me now that I can kind of relate to anyone,” Bradfield said.

“I think it makes you resilient in lots of ways: you don’t get given anything on a platter, you have to work hard for it.”

Like many people in regional areas, Bradfield grew up listening to the radio.

“Growing up in St George, we didn’t even have McDonald’s so radio was my connection to what was happening around the rest of the world,” she said.

“We didn’t have Channel 10. Radio was my way of finding out what else was out there.”

At age 17, she moved to the state’s capital city to attend the University of Queensland and study teaching. While there, she took a few journalism subjects and decided that was the career for her. As such, because of QUT’s sterling reputation for journalism education, she switched both universities and majors and completed her last two years there.

Bradfield said the work experience she undertook during her uni studies, at the Courier Mail and Channel 10, was invaluable for eventually landing her first job.

“I did lots of work experience, which was great that QUT helped with that and fostered those,” she said.

“I really wanted to work at the ABC in Brisbane, which I didn’t get an internship at, so, I suppose, being determined, I called up the ABC here in Toowoomba, which is where I’ve ended up, and asked if I could do some work experience.

“They were keen so I came and I worked here for a few weeks for free and then that turned into more and more paid casual work and that’s how I ended up getting a job.”

She recommends to those hoping to distinguish themselves in their careers that they practice being engaged, aware, and brave.

“Do as much interning as you can. And come in with ideas. What is your peer group talking about? The graduates have such an opportunity to tell the stories of their generation,” she said.

“They haven’t listened to our bulletin that we’ve made the day before. Being across what’s happening in whatever workplace you’re going to and coming in with ideas is the biggest thing.

“For me, when an intern walks in, pitches an idea, and we make it happen, that is so exciting for me as a journalist. That’s my tip: come in with a list. Sometimes, I came in with terrible ideas but I learnt why they were terrible ideas and what worked.

“Come in with a list of 10 stories and, if one works, that’s great. And if none of the 10 work, that’s OK, too, cause you learn from those experiences of pitching ideas.

“You just have to look around. We’re all humans and connecting to other people is what makes a good story. That’s the best thing anyone can do.”

Bradfield’s career has taken her around the state from St George in the south to Rockhampton in the north, Mount Isa in the west, and now to Toowoomba. Yet, despite being based in one area, she’s still able to remain in contact with and cover some of her former communities.

“It’s really important that these stories get told, politically, but also for the rest of the country.”

The remit of her current office is as far west as Mitchell, down to the border of NSW, up to Kingaroy, and as far east as Ipswich.

“It’s a really interesting patch (our coverage at the ABC Southern Queensland),” she said.

“We’re covering so many communities, which is really difficult when there aren’t your local papers there. It’s a big area. I’m lucky I have lots of good contacts from St George so we can still keep covering it from here (Toowoomba).

“In some of those towns, there’s a really active community that keeps us in touch with what’s going on so we’re able to cover it that way but we wouldn’t be able to do that without those good contacts.”

Bradfield sees her mission as that of a watchdog, community builder, and connector.

“Some of the stories we’ve done from this small, regional office, have been really exciting to be part of,” she said.

“That we can uncover things that aren’t right. That we can tell people’s stories that are unique. Some of the stories I’ve told have been about some of the quirkiest, craziest, most inspiring people who live here. 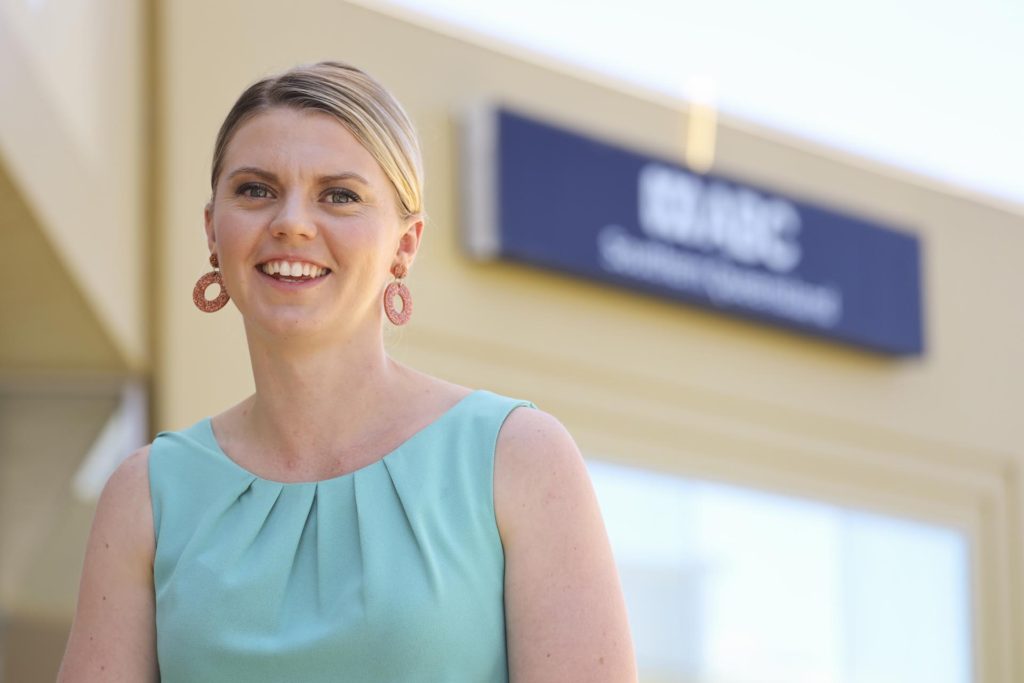 Journalism has allowed her to do this and to fulfil her other passions: interacting with and helping connect people.

“Journalism is such a good job,” she said.

Reflecting on the past and paying it forward

Bradfield said she wouldn’t be where she is now without the support and courage of those who have come before. Whether that was past editors who helped her hone her practical skills or mentors who have taught her how to have difficult conversations about pay and how to advocate for oneself, she is grateful to those who have invested in her success.

“There’s so many good women who have come before me,” Bradfield said.

“Having a baby really highlights to you why feminism is needed, why these awards are needed, because, the last 2.5 years have been the best of my life but also the most difficult. There’s still so much to do but having those women who have been there and done it and can help you through is so invaluable.”

Journalism and society are both evolving and Bradfield’s excited to be part of that change.

“It is an exciting time to be a journalist because we have to change the way we do things and my generation is part of the solution,” she said.

In the future, she hopes for a world where people emerge from their comfort zones more often and can learn from, appreciate, and celebrate different ways of learning and knowing. 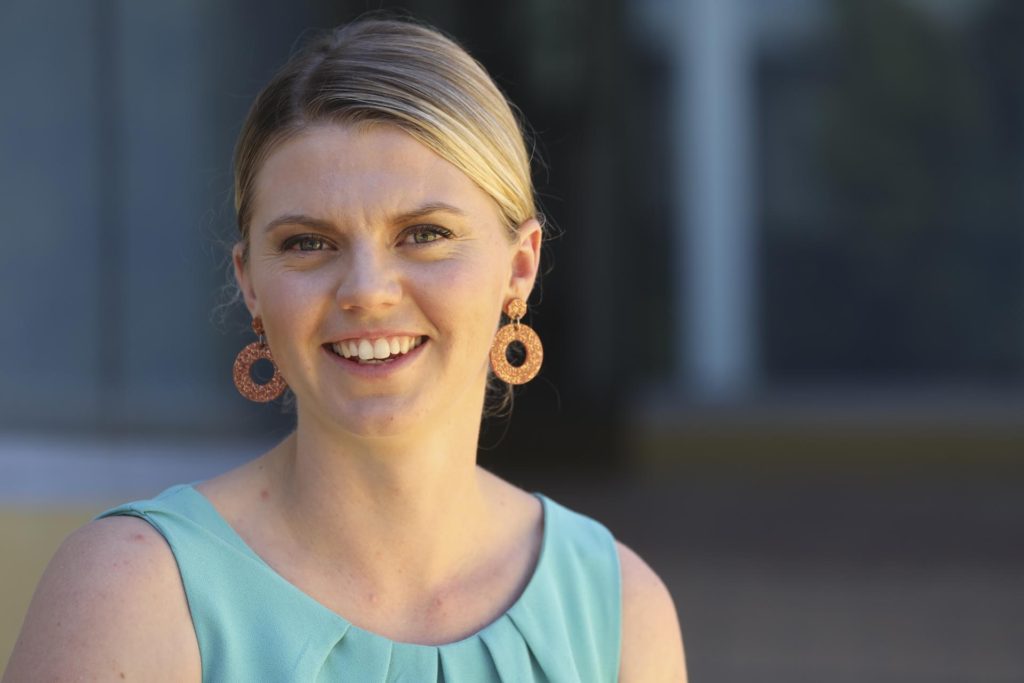 “I love reading and listening and watching,” she said.

“Try to read things or listen to something that’s a bit different for you. I suppose not always going to the same place for your information because that’s how our society has gotten some real issues at the moment because people aren’t thinking about others.

“I do worry about that a lot and I suppose that’s why I love working at the ABC. We have such a different, diverse range of perspectives.

“Obviously, the media at the moment, that’s not always the case. There’s lots of places you can go to for news that have an agenda. I suppose reading, watching, and listening to things that are a little outside your own circle is a good place to start.” 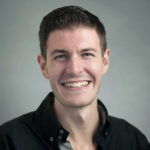 Dr. T.J. Thomson, SFHEA, is an award-winning visual communication scholar and educator. His research focuses on visual media production, organization, representation, and meaning, in journalistic and digital media contexts, and is the author of 'To See and Be Seen: The Environments, Interactions and Identities Behind News Images'. The Australian and New Zealand Communication Association and the Journalism Education and Research Association of Australia recognised him in 2019 with the Anne Dunn Scholar of the Year Award for critical research of high academic standard and excellence in research about the fields of communication and journalism. 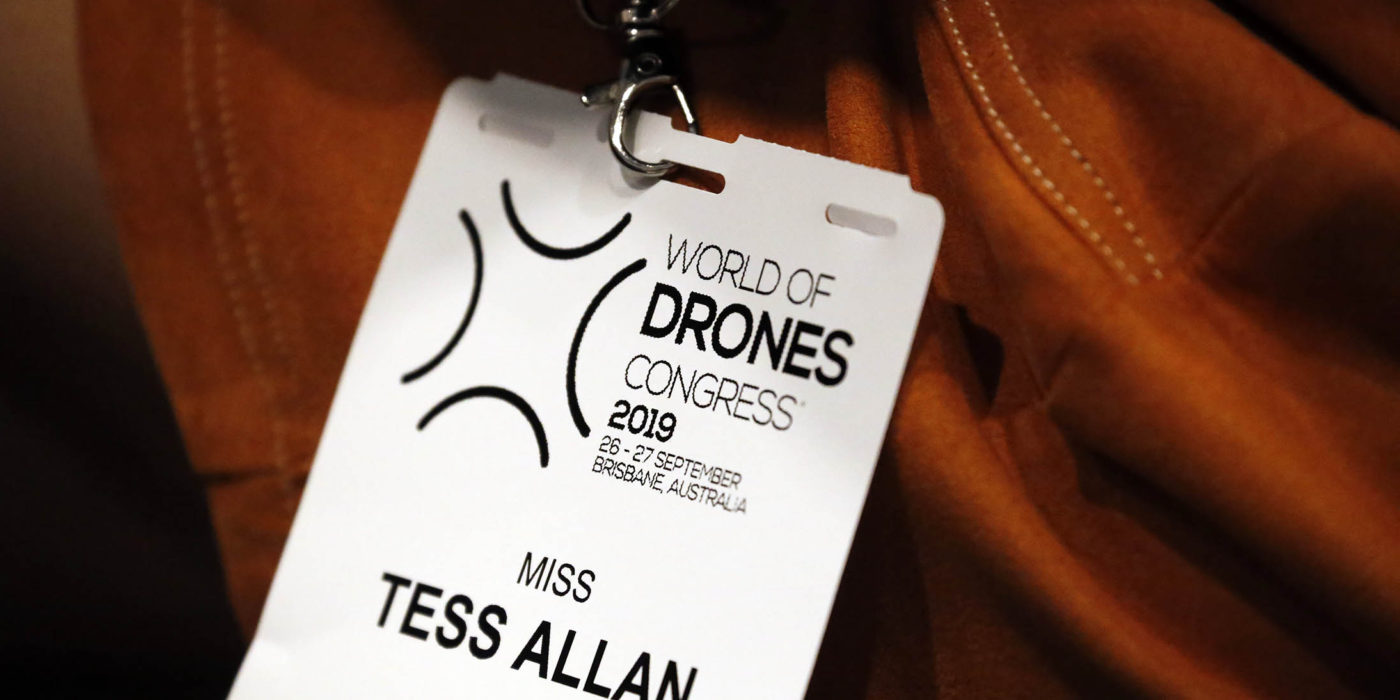 Attendees learned from experts about using uncrewed aerial vehicles for everything from journalism to scientific monitoring and search and rescue operations. 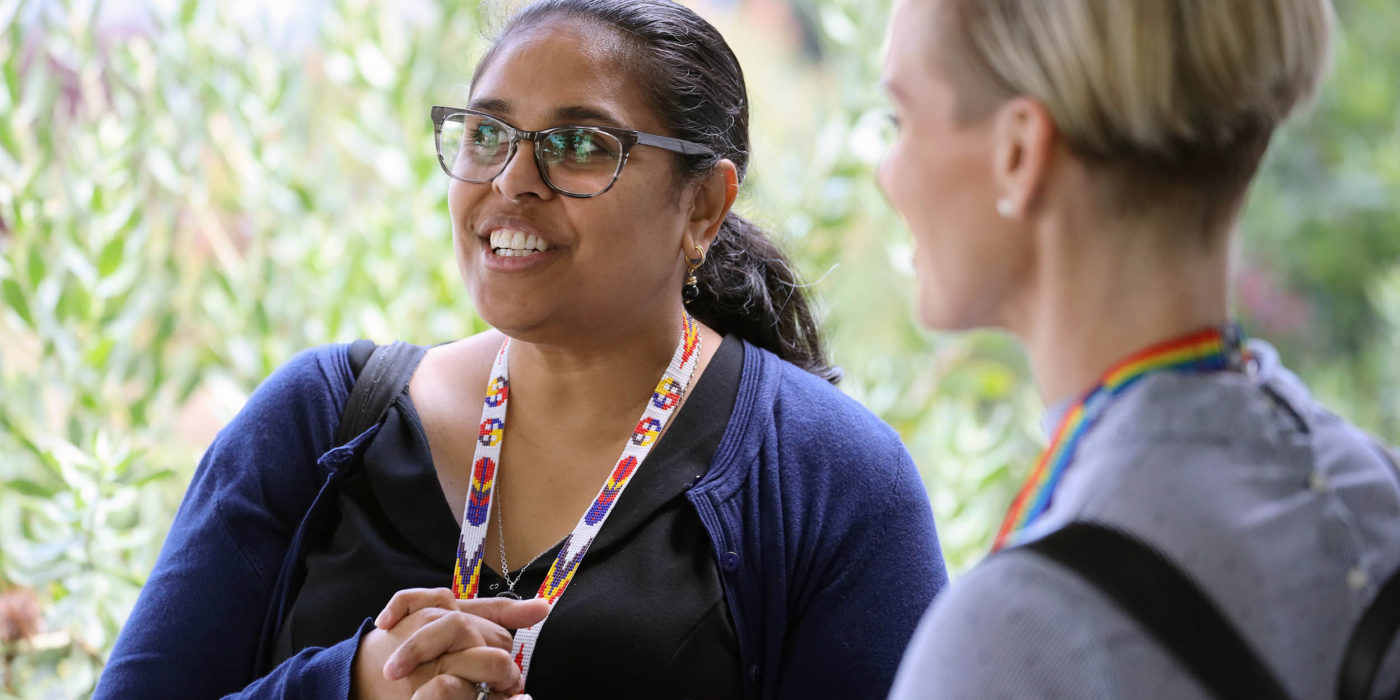 Journalism student Georgia Collings writes about how the School of Communication’s recent inaugural Indigenous resident has been able to share her professional expertise and perspectives on giving Indigenous Australians more of a voice in mainstream media. 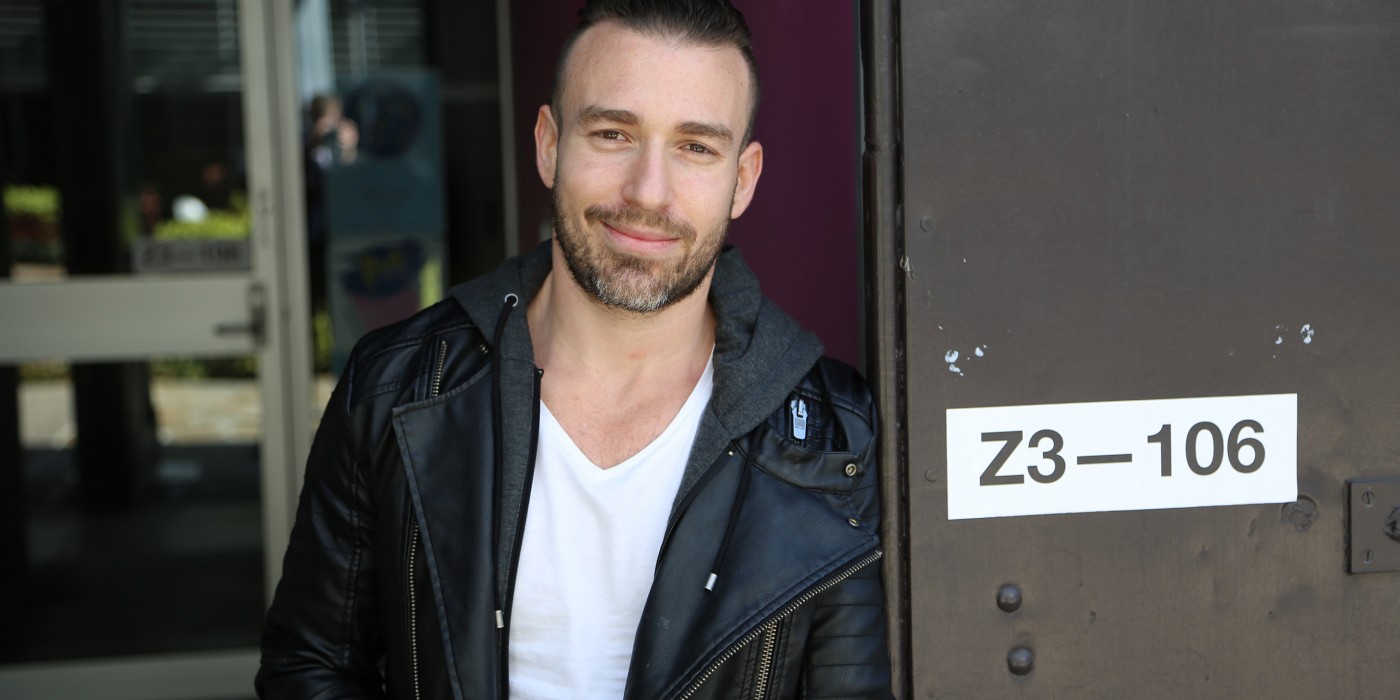