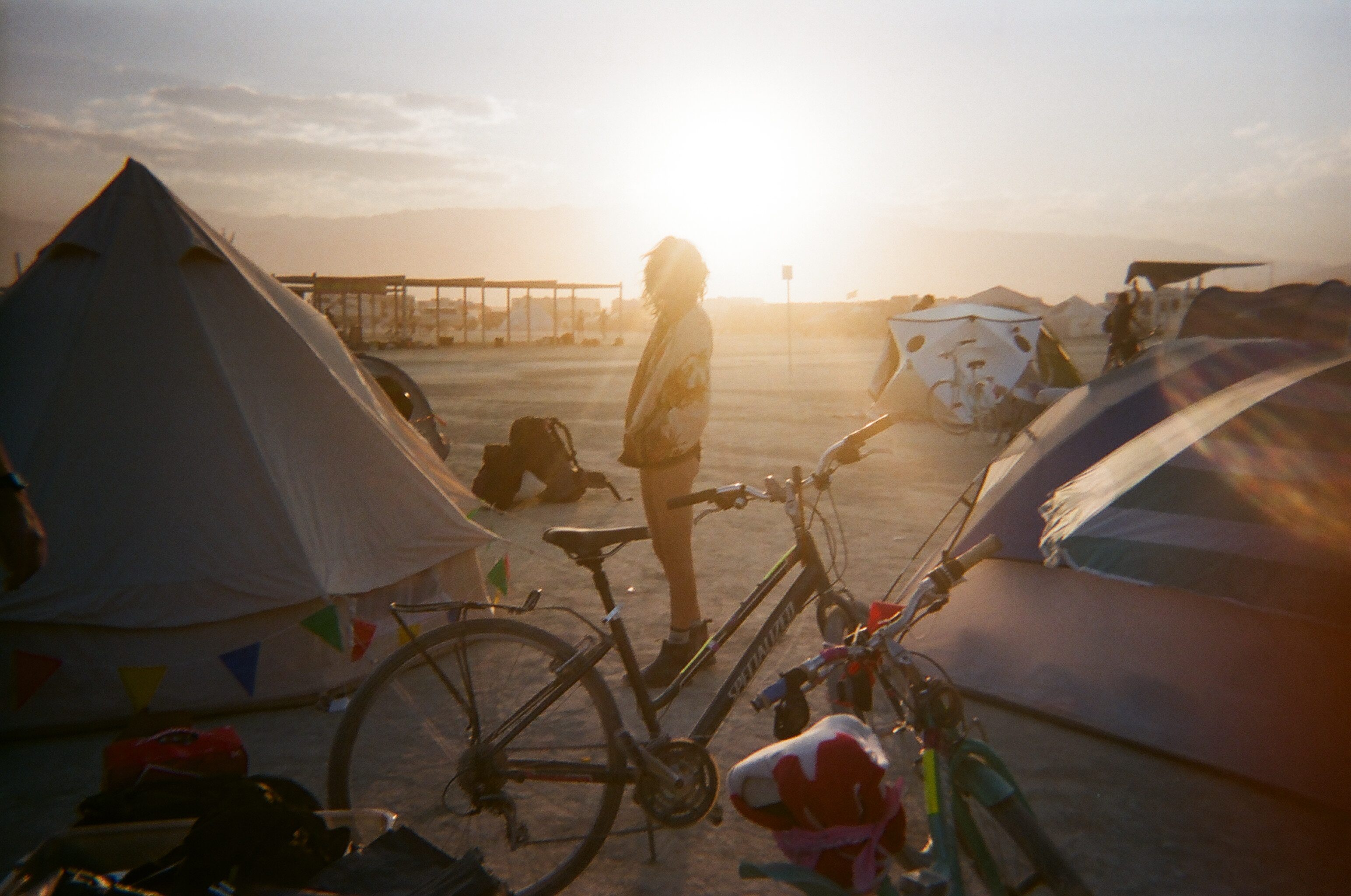 Applying for grants: Advice from an established artist

By Jessie Hughes
If you were offered a $20,000 grant to forward your creative career, where would you go and what would you do? QUT Creative Industries alumnus Jessie Hughes shares her tips and tricks for securing and making the most out of professional development opportunities. 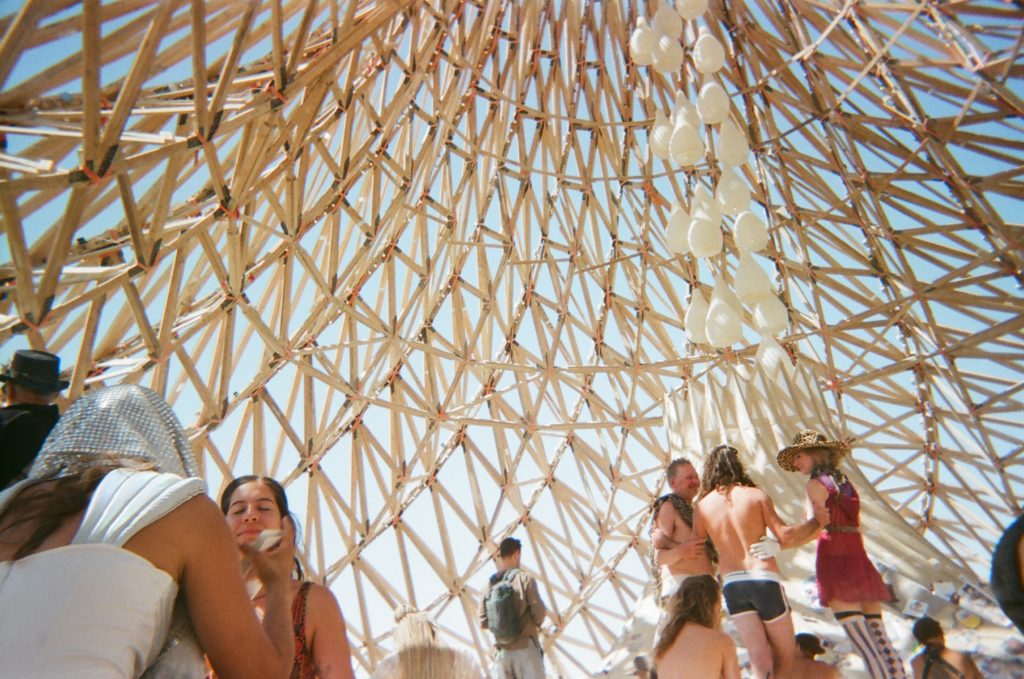 If you’re new to the process of grant-writing, it can seems like a daunting task; all of those empty input boxes staring you down questioning your life’s work. But take it from a seasoned grant-writing hobbyst, the trade off is absolutely worth it.

I’ve just returned from four months of galavanting across the Northern Hemisphere developing my creative practice at a handful of the world’s most highly-regarded institutions, all thanks to an amazing funding opportunity offered by the Brisbane City Council.

In June, I was awarded the Lord Mayor’s Young and Emerging Artist Fellowship to further my career as a professional creative. The grant aims to support young and emerging Brisbane artist and arts workers who wish to train overseas to develop their creative practice.

The process of designing one’s fellowship is a trialling task of deciding your top Genie wishes, and then ensuring they hit the brief. When push came to shove, my final proposal was a balance between what I’d always wanted to do but hadn’t been able to afford, and then what I believed was going to benefit my growth as a creative practitioner the most.

I graduated from QUT back in 2014 with a Bachelor of Fine Arts (Interactive and Visual Design) and have since been working as a new media artist and creative technologist. Having worked predominately in the digital space over the past few years, I was eager to use this opportunity to step away from a computer, and to explore my creative practice through more tactile and physical mediums, particularly in the fields of art and filmmaking. 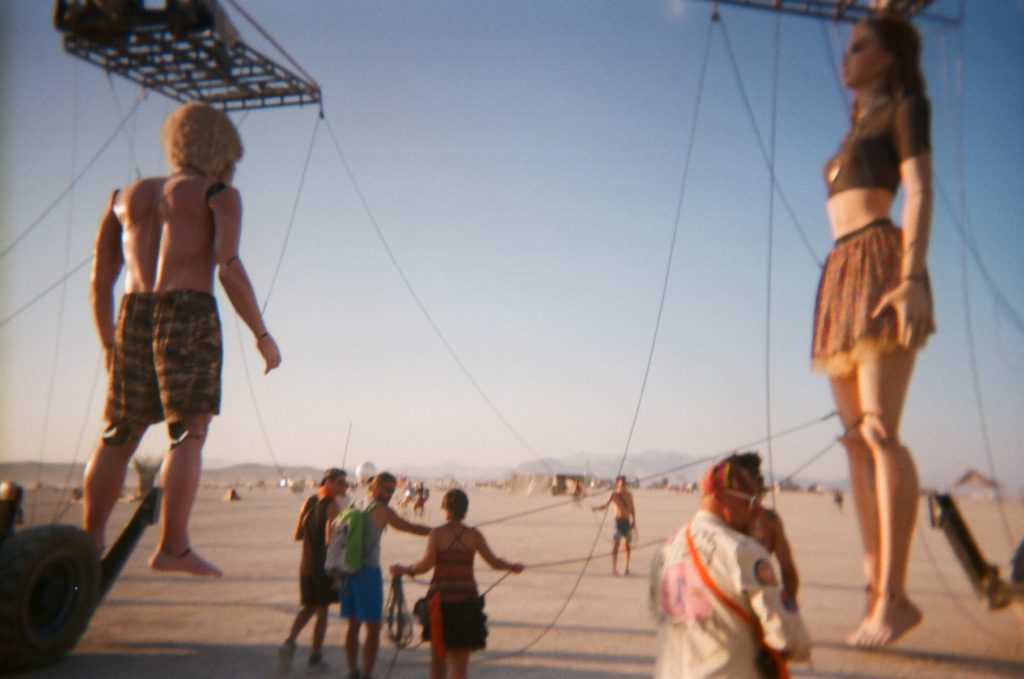 I’d had my eye on The Royal College of Art since high-school, and so it was one of my leading proposal elements. The Royal College of Art is considered the highest-ranked art school in the world and is based in London – a city that is a globally-recognised creative leader. While London ticked the box for art, Los Angeles caught my eye for film. Los Angeles is praised as a major film capital of the world and is the hub of the U.S. film industry. The New York Film Academy offered a month-long intensive filmmaking program, under the direction of industry-respected practitioners based in LA, and co-ordinated perfectly with my scheduling. In deciding upon my proposed learning activities, it only seemed fitting to pursue my professional development in the best cities in the world for their art forms at their best institutions.

The last four months have been a whirlwind and a half; a true international creative immersion. In between my intense coursework, I committed to making the most of my time abroad and to see what these incredible countries had to offer. 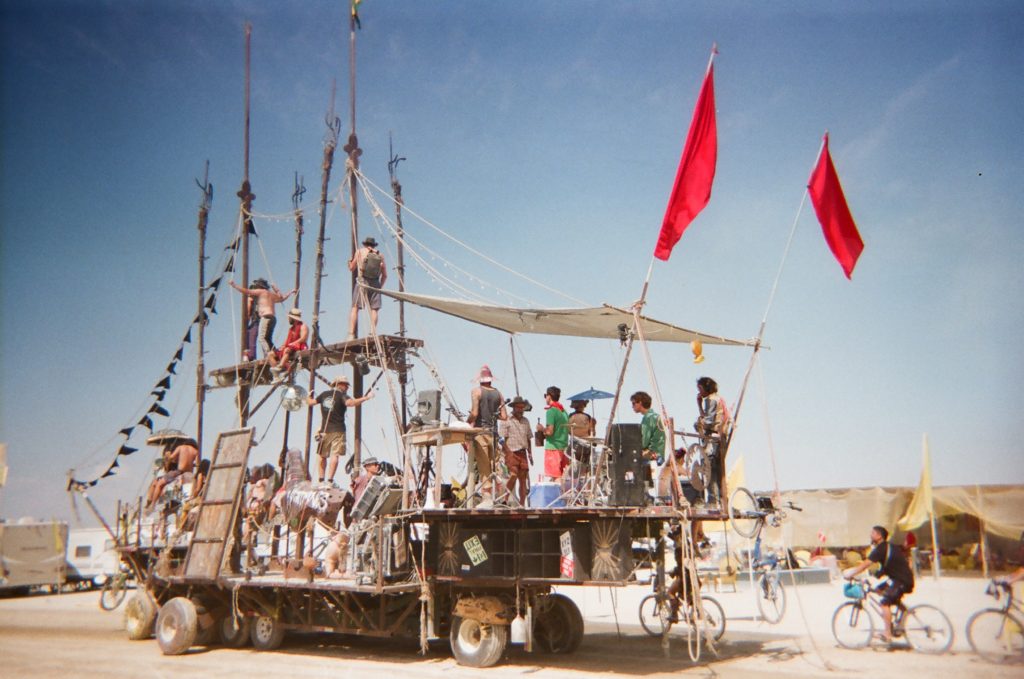 In London, I was entranced by Wayne McGregor’s Autobiography, I visited art gallery after art gallery including the RA, Whitechapel, White Cube to name a few, and I spent far too many hours on the tube and in double-decker buses. I developed my artistic practice predominately in oils, and covered everything I own in paint (without intention). In Los Angeles, I shamelessly strolled the Hollywood Walk of Fame and turned for any familiar face. I saw Jonah Hill speak at the Arclight Cinema for his directing debut opening night of ‘Mid 90’s‘, I listened to Abbi Jacobson, co-creater and actress of Broad City discuss her new book, and I met M.I.A., singer and activist, discussing her journey tackling the music industry as a controversial icon. In between working on my own films, I immersed myself in the American Film Institute’s film festival, I visited the The Broad, Griffith Observatory and the Getty Museum, and I read piles of books including Austin Kleon’s Steal Like An Artist and Show Your Work. I journeyed across the state of California, even up into Nevada, with my highlight experience being a week spent at Burning Man – one of the most inspiring, beautiful and creative places I’ve visited to date.

With her international journey coming to an end @jessiejessiehughes recaps on her Lord Mayor’s Young and Emerging Artist Fellowship experience. Stay tuned to see how you can secure next year’s $20,000 grant to advance your own creative practice abroad! Where will you go? ✈️ #QUTExplore #QUTRealWorld #QUTCreate #QUTDesign #QUTCommunicate #QUTCreativeTravels

A post shared by QUTCreative Industries (@qutcreativeindust) on Nov 28, 2018 at 2:32pm PST

While I could go on discussing the amazing events that have taken place over the past months, I’m writing this for one reason and one reason only – to inspire you to get applying for 2019! The Brisbane City Council have just began accepting proposals for next year’s fellowships, and so it’s time to get cracking. 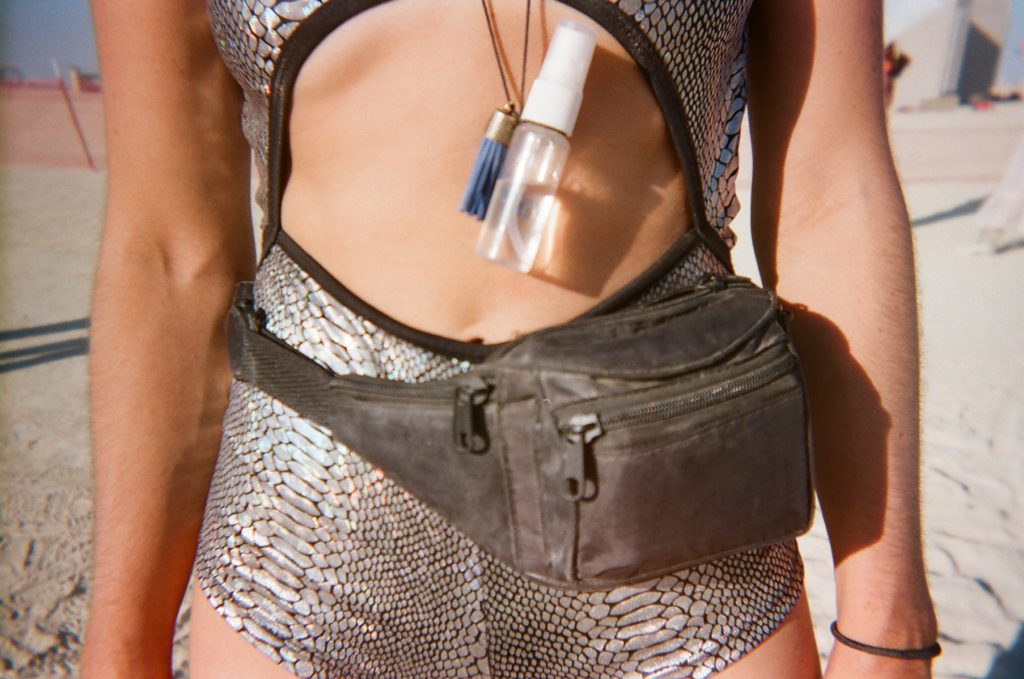 So here’s the nitty gritty;

The Lord Mayor’s Young and Emerging Artists Fellowship supports young and emerging Brisbane artists and arts workers to travel abroad for international training and development programs.
To be eligible an applicant you should:
Applications for this grant are now open and will close at midnight on Tuesday 29 January 2019!

My biggest advice to anyone considering applying is to start early. My application took two weeks, and that was rushing it. You require paperwork from the programs you’re applying to, as well as letters of recommendation, and waiting on other people to provide documents inherently takes time. Also, when it comes to structuring your budget, try to be as realistic as possible. You don’t want to be stuck in another country churning through your own savings if you can avoid it.

A hot tip for when it comes to grant writing is to figure out why they’re offering the grant, and to speak to that. If you have a thorough read through the council’s website, you’ll see that the goal of this grant is to further the skillsets and career potentials of Brisbane creatives, but then for that learning to be further shared with the Brisbane community. You should highlight why you’re the person for the job by explaining why you have the ability to share your learnings with a wider community. Perhaps you run a blog, teach, lead community events – that’s the kind of thing they’re looking for. It’s an investment in you, for you to then share your learnings with others.

You’ve got to be in it to win it and this truly is a phenomenal, once-in-a-lifetime opportunity. We’re incredibly fortunate for this considerable funding opportunity to exist for Brisbane creatives and so make sure to apply with your best foot forward. 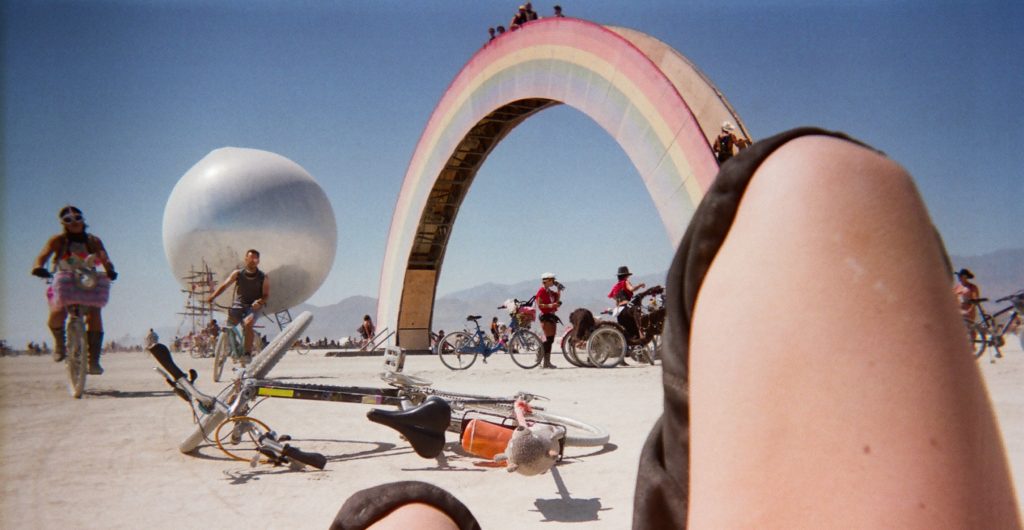 Rainbow Bridge by Josh Zubkoff, The ORB by Bjarke Ingels, Jakob Lange, and I, Orbot 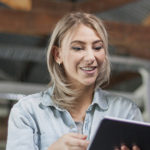 I'm a creative thinker and technologist, professionally working as a new media artist and a digital designer 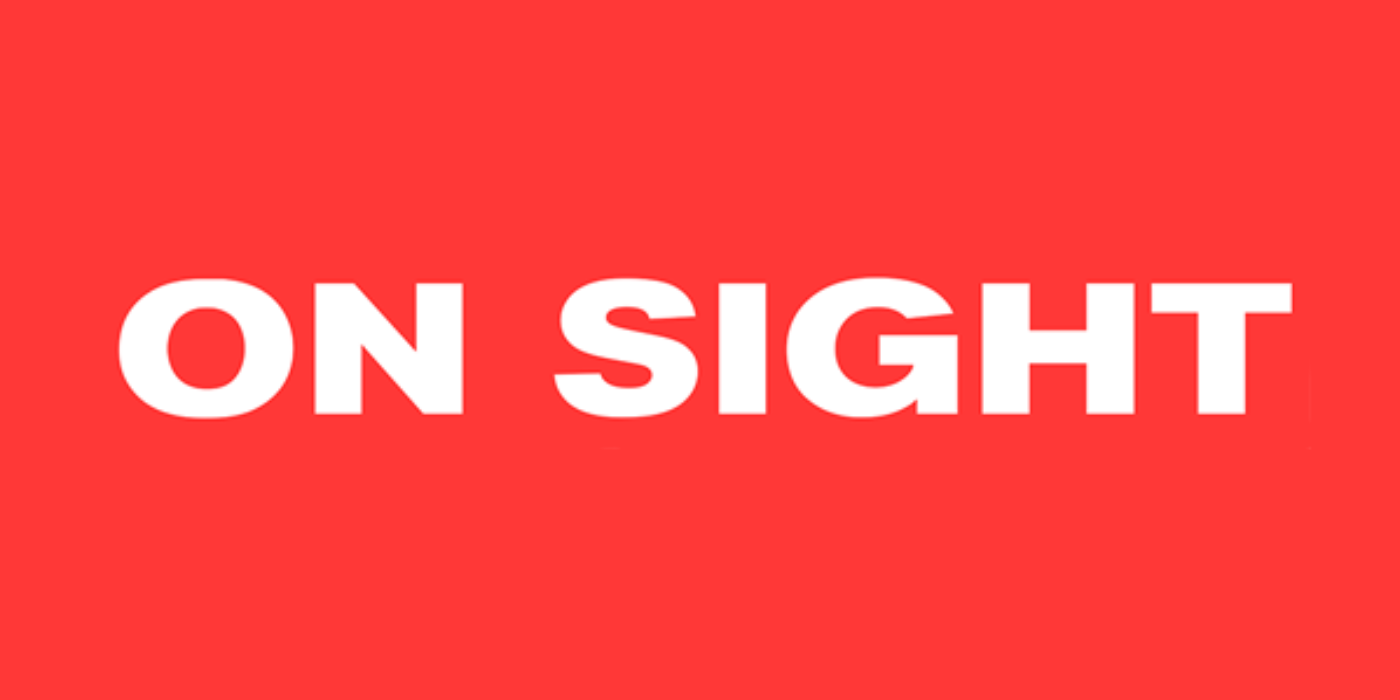